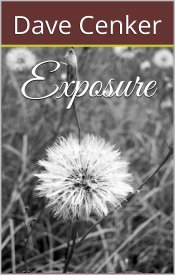 “C’mon mom,” urged the young boy. “It’s only five bucks. I’ll pay for it with my allowance.”

Alister’s mom threw him a suggestive glance. “You mean the allowance that will buy me my next coffee because the grass is still three inches high?”

The eclectic items on display at the estate sale were spread before them. She redirected her gaze to the man behind the table. “Three dollars.” It’s part question, part statement. He nods in affirmation. As she hands over the three bills, Alister’s mom addresses her son, “No pictures until the grass is cut.”

On the ride home, Alister examined the camera. “How does it work, and what’s this door? Is it for batteries?”

“It’s for the film. It’s how people took pictures before the digital revolution.” She could see the curiosity and sense of adventure radiating from Alister. “I know where to get some. You’ll have twenty-four exposures so use them wisely.”

Alister’s mom looked out the window as her son darted across the yard. Her three dollar investment was paying off huge dividends. The grass was being cut, and Alister was excited about something.

“Done!” shouted Alister as he burst into the kitchen.

“Wash up.” Five minutes later, he was hunched over the counter with a damp head, watching his mom load the film. She explained how to take a picture and advance the film.

As he flung the worn strap around his neck, Alister bolted towards the door. “Stay in the yard,” shouted his mom. “Yep,” he called back as he closed the door and disappeared into a new universe of possibilities.

The mailbox. A dandelion. An ant meandering across the sidewalk. He burned through the roll in ten minutes. “How do I download these?” he asked. That’s when she had to explain the process of developing, and patience. The ensuing two days moved at a snail’s pace for Alister.

He ripped open the envelope like it held a million dollars. He sifted through the photos with admiration.

“It’ll be a treasure trove for you, your first photos.” His mom smiled as Alister carried the collection to his room. Arranging them in chronological order, sliding each one into a sleeve, Alister noticed something. A small number was superimposed on the corner of each photograph. Must be something with this ancient technology, Alister thought.

“Where is it?” whispered the secretive man as he rifled through the items on the table with no display of respect. “The camera, where is it?”

“Don’t know,” came the voice from his partner as he searched the boxes below the table.

The elderly man behind the table, the one who didn’t speak, uttered a minimum number of words in a foreign accent. “Sold to young boy and mom. Three dollars. I did good job, that piece of junk.” He smiled with pride.

“Dammit!” The man pounded his fist on the table in disgust. The map to Montezuma’s Treasure had eluded their grasp, like dandelion petals floating on the breeze, yet again.