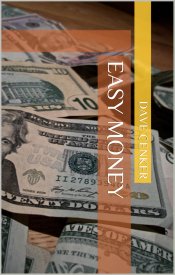 It was the same recurring nightmare, losing my job. Turns out reality was much worse than even my dreams could imagine. They use terms like streamline as a guise for the real message. We don’t want you anymore. Torn between feelings of resentment, anger, and self-pity, I found myself here, sitting in a bathroom stall at a theme park, far from home, on a frivolous vacation after the reduction in force.

It didn’t feel like a prudent decision at the time, but that would change. The scent of grilled filet wafted from the swanky French restaurant. That used to be my world, but overpriced hamburgers it was for me now. Tipsy from my one indulgence, a nightly margarita, everything changed.

After the fireworks show, I was staggering towards the exit when I bumped into her. I assumed her since it was a ladies wallet at my feet. Picking it up, I looked to return it to its rightful owner, but the throng of tourists was moving too quickly. So, I did what anyone would do who’d just lost their job. I tucked it under my shirt and disappeared to safety, my new business office, the bathroom stall.

One hundred dollars cash. I dumped everything else in the trash. It was so easy. Enticing and addictive, I returned the following evening, accidentally bumping into unsuspecting guests. All retained their possessions, until the middle-aged man netted my second score. When the leather bi-fold tumbled from his pocket, I scooped it up nonchalantly and returned to my office.

Fifty bucks. Not a windfall, but still easy money. I eased into a routine. I could clear around five hundred dollars an evening. I’d reached my quota for the night. One more, I thought greedily. I could see my target approaching. He looked loaded, dressed in designer clothes, sipping a glass of wine. The subtle bump while feigning attention towards my phone produced his wallet.

One last time, I scurried to my office. No bills. Just a slip of paper. Busted. The knock on the stall door was followed by, “Police, open up.” My latest victim displayed a police shield as I sat there, trapped in the stall.

“Five hundred dollars,” he said. My dumbfounded expression led him to elaborate. “Five hundred dollars, and I’ll pretend I didn’t see this.” It was my entire take for the night. But, I’d rather eat another overpriced hamburger over whatever they served in the local prison. I handed over the wad of bills, watching the officer disappear. I flushed the toilet beneath me. Somehow, it felt appropriate.

Clark had seen the man, countless times, entering the same stall. He shouldn’t have continued to dump the excess contents in the same trash can. That was his downfall. He didn’t expect the fake shield to work, but it was worth a try. The upscale clothes and glass of wine was worth the investment. As he rifled through the stack of twenties, Clark smirked. Not bad for a janitor. Easy money.