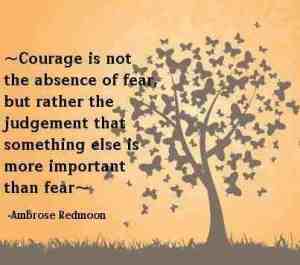 Sitting cross-legged on the floor of my son’s room, I stare at the pile of cards nestled in the palm of my hand. My pile is but a sliver compared to his, but that does not concern me. I always have a firm grasp on hope. The next card from our individual decks reveal a stalemate, a two of hearts versus a two of spades. As if flipping cards rapidly will conjure up the winning one expeditiously, three cards from each of our hands go face down. Snap, snap, snap. Revealing my final card face up, the mischievous grin across the battlefield seals my fate. Another game of War is in the books and I have been conquered yet again. It seems that my son always has the upper hand when we play this game, quite literally. I understand what it means to have the cards seemingly stacked against you. As it turns out, I would discover a lot more on this particular subject.

Life has a mysterious way of drawing parallels between an entertaining game and real life situations. Like that card game, battles rage around and within us. In a somewhat callous fashion, the world delivers a stage where these conflicts become the focus of our attention. The unfolding drama of these productions tug at the emotions of our heart like a puppet string, pulling one moment on the strand of melancholy, and the next instant on the thread of joy. I felt like Gepetto’s creation this past weekend, experiencing the pull on each of these strings within a twenty four hour period. 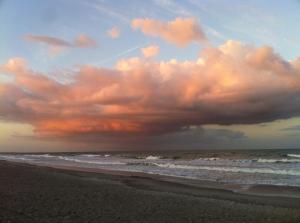 With our son out of town on a scouting campout, the weekend ours alone to define, my wife and I seized the opportunity to do something off the cuff. Fat Kahuna’s is a restaurant on Cocoa Beach, tiny in size, but reputedly big in flavor and atmosphere. With a half hour wait on this Saturday evening, we strolled out to the beach, admiring the breathtaking performance being choreographed between the sun, sea, and clouds. It was a carefree and relaxed atmosphere that we carried into the restaurant. The entire experience, including the meal comprised of calamari, seared ahi tuna, and coconut shrimp, was simply delightful. Sitting across the table from my wife, I had a view of carved tikis along with pictures of the South Pacific islands. Her line of sight faced the window, looking out to the street. We were less than four feet apart, but looking into two completely different worlds.

As we departed the establishment, our focus swiftly changed course. Away from the charming experience we had just savored, and towards the homeless man who had humbly entered the restaurant, offering to clean dishes in exchange for a meal. My wife shares “No one deserves to be hungry, let’s go offer to buy him something to eat.” Without a moment’s hesitation, I said “Let’s go.” With a purposeful gait, we trimmed the distance between us. “Excuse me”, I called out to get his attention. He turned around, somewhat confused. Upon offering to buy him a sandwich, he just nodded, with a questioning look on his face, as if to uncover our ulterior motive. Once we entered the adjacent Subway restaurant, he opened up, sharing his name and story, always interleaving words of sincere appreciation for our thoughtfulness. I remember being called upon as two little angels, for providing a hot meal on an evening that wasn’t even his birthday. When a foot long steak and cheese sandwich from Subway looks like a gourmet meal, when you learn that the same sand between your toes will serve as both a bed and a pillow for another human being on this evening, you gain an entirely new perspective on the term compassion.

On the following afternoon, my son finds himself slipping into the aquatic pool at the local YMCA. I take for granted that I know how to swim. Learning to do so at such a young age, the ability to swim was always present, like the ability to breathe. My son was not afforded that same luxury. Beset with numerous ear infections and surgeries throughout his younger years, he was refused admission to enter the world below the water’s surface.

Now, as an eleven year old, he is undertaking a Herculean task. Coordinate movement of arms and legs. Take periodic breaths. Swim in a straight line. And forget all about the fact that you are in water that stands taller than you ever will. If there ever was an accurate depiction of jumping into the deep end, this would be it. In so many different ways. Less than a month ago, he was anxious if his head was underwater. Today, he is in a pool next to his Scoutmaster, bravely preparing to attempt the swim test required for advancement to the rank of second class scout.

Rolling over onto his back, he tentatively begins the backstroke. Although his goggles obscure his eyes, I can sense the battle raging inside. With one stroke, he exudes fear and uncertainty. In the next stroke, sheer determination to triumph. I never completely understood why my parents were more anxious than me throughout the pursuit of my personal endeavors. I know now. I could have cared less whether my son earned second class rank on that day. What I cared about was his desire to overcome fear, to vanquish those internal demons, leaving them in his wake as he determinedly took one stroke, one kick, then another, over and over again.

Within a few short strokes of the finish, my wife exclaims in a trembling voice, “Dave, he’s going to make it!” In that moment, my heartbeat fluttered. As his hand reached back to touch the wall, he stood on his feet and looked around, almost surprised at where he found himself. The far side of fear, the near side of personal pride. The beaming smile on his face etched an indelible mark on my heart. 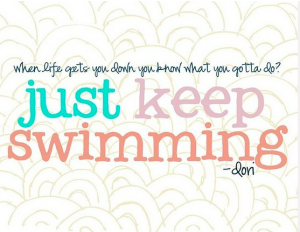 As I think back to these two experiences over that twenty four hour period, I could scarcely fathom just how different they were from each other. One person fighting to survive, another one wrestling with personal achievement. And as disparate as these struggles are in principle, a common thread emerges. The desire to prevail. We all find ourselves, at times, adrift in the sea of adversity, metaphorical waves crashing around us. This past weekend awakened within me the notion that the best we can do is to take a deep breath, swim one stroke, and then another, and then one more. Just keep swimming.